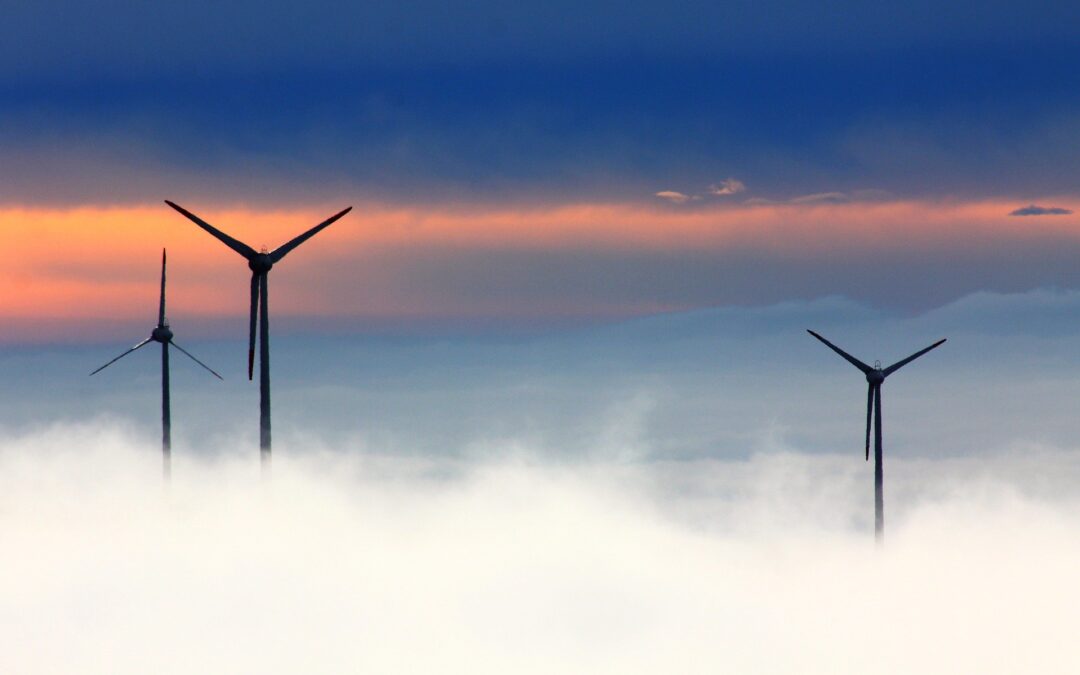 Hosts lined up financial boosts, a national and global treasure and a big partnership announcement. The weather lined up something else just as appropriate.

In the days running up to COP26, the real estate industry warned that humanity was facing an existential crisis while the infrastructure sector warned that the world was moving too slowly.

As such, news that reporters and participants were unable to get to Glasgow because of severe weather could barely have been better timed. Alongside positive announcements, a little controversy and a particularly powerful speech, it made the opening days almost perfect for getting a message across.

David Attenborough
When world leaders come together, they give speeches. As hosts, the UK’s Prime Minister led the way, talking about how the world needed saving at what was now the final minute, likening delegates to James Bond saving the day at the end of each film.

It was not a world leader, however, who stole the show with a speech. Instead, globally renowned broadcaster David Attenborough sent a powerful message about how civilisation and the environment are intertwined.

For ten thousand years, he said, humanity “found ourselves in an unusually benign period with predictable seasons and reliable weather. For the first time, civilisation was possible, and we wasted no time in taking advantage of that. Everything we’ve achieved in the last ten thousand years was enabled by the stability during this time. The global temperature has not wavered over this period by plus or minus one degree Celsius, until now…”

He then issued a stark challenge, stating: “In my lifetime I have witnessed a terrible decline. In yours, you could and should witness a wonderful recovery. That desperate hope, ladies and gentlemen, delegates, excellencies, is why the world is looking to you and why you are here!”

Nature and infrastructure have their say too
While David Attenborough spoke for the environment, the environment spoke for itself. Early reports about the event could hardly ignore that some delegates and media were unable to get to Glasgow because of bad weather.

The UK has been hit by heavier-than-usual downpours recently, even despite its reputation for year-round rain. That poor weather led to a tree falling and damaging power lines just as people were travelling from London to Glasgow on the most sustainable available transport – railways.

Railways are undoubtedly part of the solution to climate change, generating far less carbon than flying or driving. So it was hard for those affected not to be struck by how important it is to invest heavily in infrastructure resilience as local climates change and more severe weather events impact on all our lives.

Nobody is perfect
While the UK is a relatively low-carbon nation compared to many – in large part thanks to historic investment in gas energy rather than oil and coal – its own imperfections have been highlighted.

Some of those imperfections, like the Prime Minister flying on a private airliner to Glasgow, are more about perception than outcomes. Others, however, are highly illustrative of what the world is facing.

There is a big push to secure nations’ commitments to decommission coal-fired power stations – a particularly carbon-intensive energy source. Those commitments are hard to get with countries like China, India and others still investing in new coal capacity and growing frustrated that western nations did exactly that to rise out of poverty too. So the hosts’ recent commissioning of a domestic coalmine drew attention.

The UK is not on the path towards building more coal-fired power stations but the reality of political complexity in every country is well demonstrated by this desire to bring back historic industries and the jobs they generate.

While an imperfect host might appear to lack a moral high ground, the reality is that negotiators who take over when the leaders go home, must deal with such complex realities, not hypothetical perfection.

Committing resources to climate change
Despite any imperfections, it is still incumbent on hosts of major events to be seen to lead the way. Italy did so last week at the meeting of the G20 in Rome, where it announced a big increase in climate funding for developing nations. The UK has now played its part as COP26 hosts too.

The UK matched Italy’s commitment, all of which goes some way to meeting the promise by developed nations to provide $100bn for developing nations – albeit the original promise was made for 2020, a year that threw up a very different global crisis.

That was not the only big announcement. The UK government had already committed to achieve Net Zero in 2050 so at COP26 it was involved in pushing co-operation – a vital part of the UN’s objectives for overcoming climate change. This is something Mott MacDonald executive chair, Mike Haigh, told IG would be crucial before heading to COP26 as part of the Resilience Hub.

The UK, along with Austria, Finland, the Netherlands, Switzerland and TaiwanICDF, joined with the European Bank for Reconstruction and Development (EBRD) to launch the High-Impact Partnership on Climate Change.

The new partnership has set primary objectives to unleash investments and solutions that reduce or prevent greenhouse gas emissions, strengthen resilience, reduce vulnerability to climate change and protect the environment.

These are the teams who will determine whether COP26 was a success. They will either achieve meaningful commitments or we may find ourselves back here for a future such conference talking again about how the world has failed to act.

Perhaps more importantly though, the world will need to put commitments into action.

That is something that industry is proving very keen to help make happen and the tools available to governments and international bodies are highly diverse. From coordinated investment in green hydrogen, to adapting public procurement to advantage decarbonised firms, the objective now will be to identify and use the tools that work.