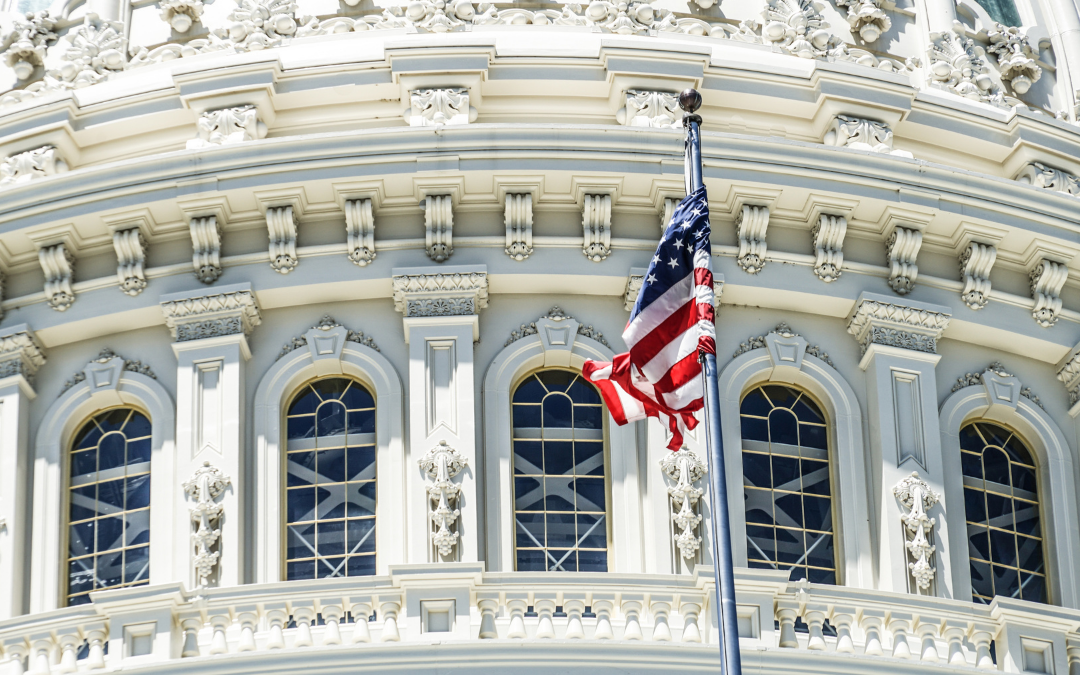 Lead pipes, electric vehicles and rail investment: After months of negotiations, the USA has passed its $1tn infrastructure bill. So what’s now in it?

The Infrastructure Bill has dominated political discussion in Washington DC for months, but now that it has passed, what does it mean for communities all over the USA?

Water infrastructure: $55bn
The USA has a legacy challenge in its water industry, with around ten million American households and 400,000 schools served by lead piping and out of date infrastructure. The bill provides $55bn to tackle this health challenge by investing in modern infrastructure covering the affected rural communities and struggling cities. This will also have a particular impact for tribal nations, which have often been left behind by new infrastructure.

High speed broadband: $65bn
The last two years have demonstrated more than ever that broadband now had a vital economic and social role. Broadband internet is necessary for many jobs, equal participation in education, health care, and to stay connected with friends and family. More than 30 million Americans live in areas where there is no broadband infrastructure to provide minimal speeds. The Bipartisan Infrastructure Deal will deliver $65bn to expand services to areas historically left behind by high-speed internet access.

Road and bridge repair: $110bn
One in five miles of highways and major roads, as well as 45,000 bridges across the USA, are in poor condition. Along with extending existing programmes, the infrastructure deal will provide $110bn and undertake what are hoped to be transformational projects. This represents the largest repair programme since the USA built the interstate highway system and will encompass all of America’s most economically significant bridges.

Public Transport expansion: $90bn
To improve transport access and reduce carbon, the infrastructure deal will tackle a repair backlog representing more than 24,000 buses, 5,000 rail cars, 200 stations, and thousands of miles of track, signals, and power systems in need of replacement. The legislation includes $39bn of new investment to modernise transit, in addition to continuing existing transit programmes for an additional five years.  In total, this represents $90bn in guaranteed funding for public transit over the next five years — the largest Federal investment of its sort in history.

Ports and airports: $42bn
To improve American competitiveness, the infrastructure deal invests $17bn in port infrastructure and waterways, and $25bn in airports. These hubs are seen as crucial to jobs and international trade across the country and some of the investment will be targeted at measures that reduce carbon emission, such as electrification.

Passenger rail: $66bn
The infrastructure deal includes the largest investment in passenger rail since the creation of Amtrak. America severely lags behind East Asia and Europe for investment in reliable high-speed services and this legislation is a step towards overcoming that. It positions rail to play a central role in America’s transportation and economic future, investing $66 billion in additional rail funding to eliminate the Amtrak maintenance backlog, modernise the Northeast Corridor, and bring world-class rail service to areas outside the northeast and mid-Atlantic for the first time.

Electric vehicle infrastructure $7.5bn
While this is one of the smaller headline items in terms of total price tag, the infrastructure bill will invest $7.5bn in building a potentially transformative national network of electric vehicle (EV) chargers. This is seen as a critical step in the President’s strategy to fight the climate crisis and create the opportunity to grow electric vehicle manufacturing in America. EV chargers will be established along highway corridors to facilitate long-distance travel, as well as within communities to provide convenient charging where people live, work, and shop. In total the aim is to establish a nationwide network of 500,000 EV chargers.

Electricity transmission grid $65bn
The USA suffers an estimated $70bn annual loss to power outages and its grid is in need of modernisation to facilitate the expansion of diverse sustainable energy capacity. The infrastructure deal aims to address this with $65bn to be invested in thousands of miles of new, resilient transmission lines. The funding will also support new programmes for the development, demonstration, and deployment of cutting-edge clean energy technologies.

Environmental remediation $21bn
Legacy pollution impacts on thousands of rural and urban communities across the USA. The infrastructure deal addresses this by cleaning up brownfield sites, reclaiming abandoned mines and capping orphaned oil and gas wells. This has major implications both for environmental health and public health in areas affected by historic industrial contamination.